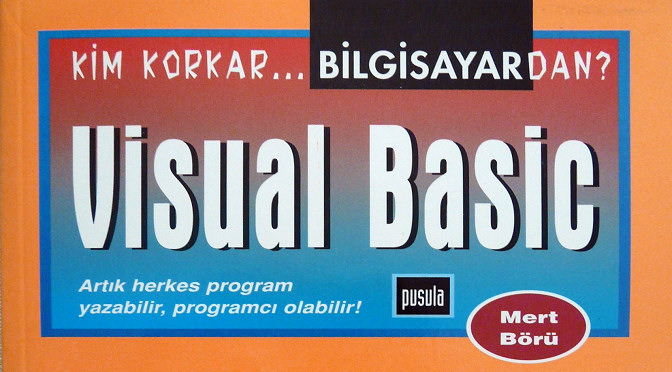 When I was a young boy during the mid-80s, it was almost impossible to find imported books on software engineering and computer programming languages. Although there were a few bookstores dedicated to engineering books, the list of available books was very limited, and the prices were incredibly high! Young programmers, like me, used to pick up and read whatever that was available on the shelves, within the limits of humble budgets. Mostly xerox copies…

“It was just a matter of finding programming books in native language.”

During the mid-90s, I have noticed that almost nothing had changed in 10 years! In response to my articles that I have written on several magazines and newspapers, high school students were asking me if there was an easy object oriented programming book that they could start with. I used to recommend O’Reilly books, naturally. However, after one or two replies, I have noticed that most of these students were suffering from poor English. It was just a matter of finding programming books in native language.

So, I decided to write a book that could help students start computer programming using a simple object oriented language. I started thinking about the outlines on April 23, 1996, and finished writing the book in 22 days! However, because of some technical problems with the publisher, I had to wait for 9 months to get it published.

In February 1997, Pusula Yayıncılık published the first edition. Despite several typos on my resume, missing photos, and harshly edited content, I was quite satisfied with the book. It was commercially successful and critically accepted, except a few academicians nitpicking my over-simplified style. Actually, it was precisely what I intended to do; teaching/learning via over-simplified writing technique… A luxury that I never had when I was a student.

For today, the content is mostly outdated, except a few introductory topics on object oriented programming. The book is no more available, and no new editions are planned.

I think, this book is one of the best things that I’ve done so far. I wish I had more time to write books for students.