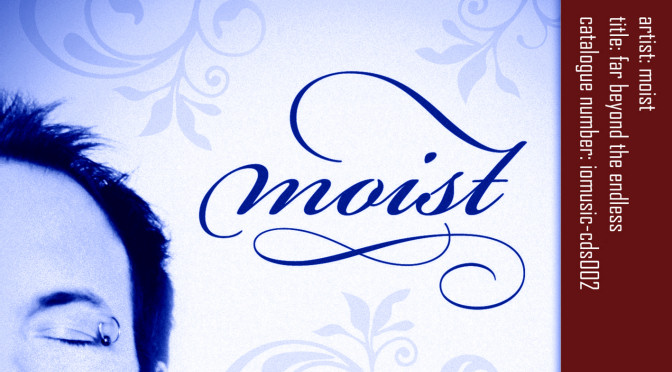 As a remixer Moist has made a bunch of remixes for artists like Pet Shop Boys, Butterfly Boucher, Red Snapper, Erasure, Agnes, Sophie Rimheden, Håkan Lidbo, Tomas Andersson Wij and many more.

This time, he is not remixing, but gets remixed! – Today, Moist is releasing “Far Beyond The Endless” 6-track digital single, including my remix on the last track!

“Far Beyond The Endless – (Mert Börü Remix)” is available on iTunes.

NOTE: This single was previously released on 9-track CD as a limited edition of 50 copies on May 19, 2009. Again, it was my remix on the last track.

[ photos of the limited edition single ]